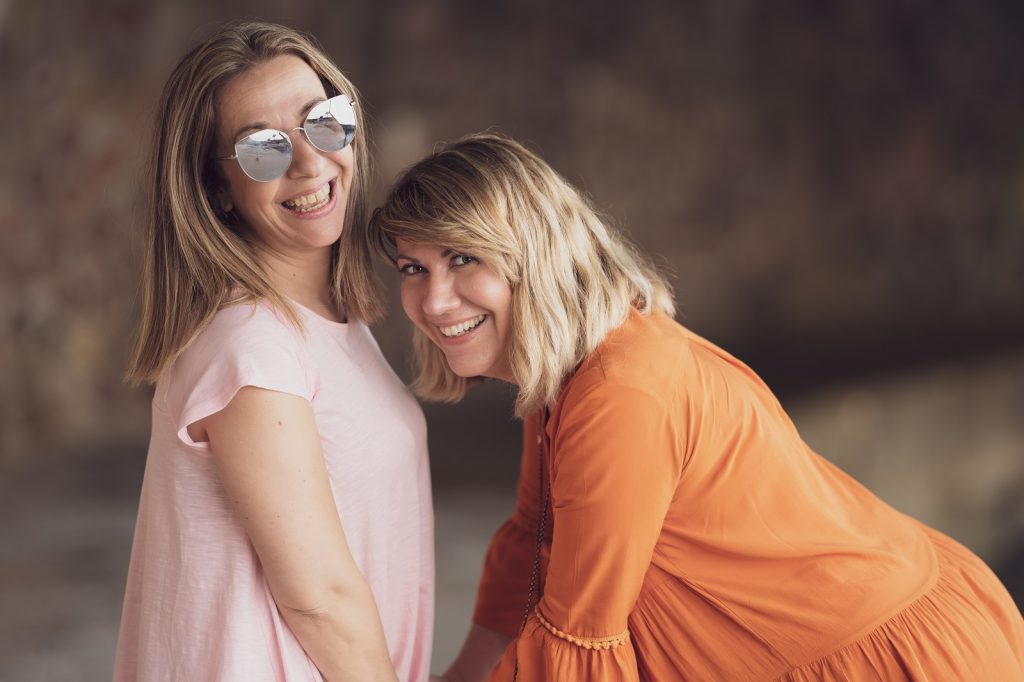 Folklore is the common expressive way that a group of people, usually a nation, share.  All the traditions such as rituals, tales, proverbs, songs, materials and even jokes that are encompassed in a culture, singly or in combination, considered to be the folklore!

“Armonia” -the Greek word for Harmony- resulted from our love for folklore and jewellery.  It was named after ancient king Cadmus’ wife who was an Olympian Gods’ daughter.  On their wedding day, they were offered two of the most glorious and notorious presents at that time; the Gown weaved by the three Graces (Charites) and the Necklace handcrafted by god Hephaestus.

We are Giota and Katerina and we come from Greece.  We decided to promote our long-term friendship to also a partnership.  All we do is to harmoniously combine metals, stones, and threads making fashionable jewellery including parts of history.  Every single place in our country carries affluent customary lore that is impressively portrayed on costumes, woven and objects used in houses, professions, and war.  After approaching and studying carefully everything is given from every area we get our inspiration to design the jewellery.  That is what makes our pieces original and unique.  Our philosophy is quite simple – jewellery reflects a part of our personality and it has to be as special as the person’s who’s wearing it aura.  And that’s when the image mirrors a harmony (=Armonia).

Although our company is essentially a two-close-friends-run business, we wouldn’t have made it that far if it wasn’t for our magnificent graphic designer Georgia Kazoulli ([email protected]) in whom’s hands our designs get their final shape.

This extended research trip became possible because of the below priceless sources:

– Peloponnesian Folklore Foundation “V. Papantoniou”.  Special thanks to founder Mrs Ioanna Papantoniou whose guidelines were carefully and respectfully followed.  The books “Patterns of Magnificence” and “Greek Local Costumes” both issued and published by the PFF, enlightened us enough to breath in our concept.

–National Historical Museum of Greece. Lead by the book “Greek Costumes” we reached the ideal outcome.

We are overwhelmed to the PFF’s and NHM’s representatives for letting us use the above books’ photos to our website!